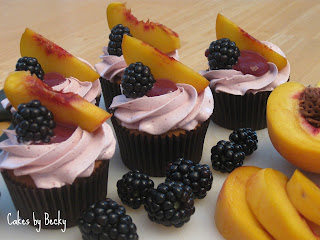 These were just a fun little "science experiment" to use up some peaches and some blackberry curd I've had patiently waiting in the fridge! Fresh peach cupcakes, blackberry swiss meringue buttercream, a dollop of blackberry curd, topped by a slice of peach and a fresh blackberry. Loved how all the elements looked together, but even better was how it all tasted - super yummy!
Posted by Becky at 5:27 PM No comments: 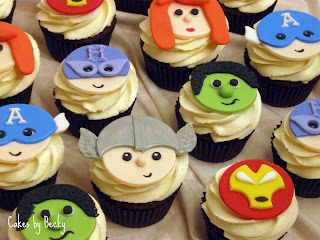 Wow, did I ever love working on these cupcakes! Chocolate cupcakes with vanilla buttercream frosting and custom fondant/gum paste toppers for a big Avengers fan's Birthday! Have to admit, my favorite was Thor - but I truly loved how each and every one turned out! Cupcake Avengers assemble! :)
Posted by Becky at 5:23 PM 2 comments: 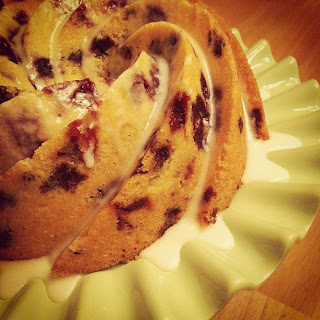 So I recently treated myself to a new Nordicware bundt pan and since I've been pinning recipes for quite some time I had quite the decision on my hands with which one to try first! I turned to the help of my facebook friends and put it to a vote - and this one was the winner! Brown Eyed Baker's lovely blueberry lemon bundt cake with a powdered sugar glaze - oh, so wonderfully yummy! I highly encourage you to try this when you get the chance!
http://www.browneyedbaker.com/2012/07/03/blueberry-lemon-buttermilk-bundt-cake/
Posted by Becky at 5:20 PM No comments: 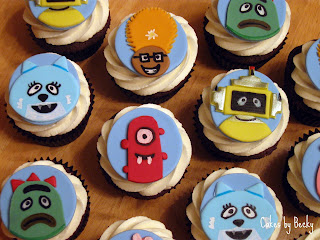 My two were a little too old by the time this show came around, but it's still such a fun colorful-looking show and I had such fun working on these cupcakes for a special little guy's birthday! Chocolate cupcakes with vanilla buttercream frosting and custom fondant/gum paste toppers with all his favorite Yo Gabba Gabba characters - especially Plex! :)
Posted by Becky at 5:09 PM No comments:

As a Southern girl, I pride myself in love of "traditional" Southern flavors - sweet tea, shrimp & grits and of course, banana pudding! What church dinner or gathering is complete without a huge dish of this delectable dessert? And when you luck up and get it still warm out of the oven? Wow. Nothing better! I am so very excited with the way the cupcake version of this most beloved treat turned out, and I hope you'll enjoy it as well!

Directions:
Preheat the oven to 350° F.  Line cupcake pans with paper liners. For your Nilla wafer crust, you'll take the finely crumbed Nilla wafers (I pulsed mine in my food processor for a few moments) and mix them with the melted butter in a small bowl until completely combined. Take a spoonful of your mixture (just enough to cover the bottom of each cupcake liner) add to each cupcake liner, and press down (I used the bottom of a small, clean cup) to compact a little.

On to the cupcakes! In a medium bowl, combine the cake flour, baking powder and salt.  Whisk together and set aside.  Add the butter to the bowl of an electric mixer fitted with the paddle attachment.  Scrape the vanilla bean seeds into the bowl of the mixer with the butter and discard the pod. Beat on medium-high speed for 3 minutes, until light and creamy in color.  Scrape down the sides of the bowl and beat for one more minute.

Divide the batter between the prepared paper liners, filling each about 2/3 of the way full.  Bake 18-22 minutes, or until a toothpick inserted in the center comes out clean.  Allow to cool in the pans 5-10 minutes, then transfer to a cooling rack to cool completely.

While cupcakes are baking or cooling (completely up to you, this is so quick to make!) prepare your pudding filling according to directions on box. Peel and chop the bananas and fold into prepared pudding and place in fridge until needed.

To make the frosting, combine the egg whites, sugar and cream of tartar in a bowl set over a pan of a few inches of simmering water. Heat the mixture, whisking frequently, until it reaches 160° F. Transfer the mixture to the bowl of an electric mixer fitted with the whisk attachment. Whisk starting at low speed and gradually increasing to medium-high speed until stiff, glossy peaks form. Mix in the vanilla until combined.

To Fill/Complete Cupcakes:
To fill my cupcakes, I simply used an apple corer - love those! Discard cupcake removed by corer. Fill space with a small spoonful of banana pudding mixture. To achieve the look of my cupcakes, I simply filled a disposable decorating bag with the meringue, snipped the tip off with scissors and piped a messy spiral of meringue on each cupcake. I then used a small spatula to "fluff" into peaks until I was satisfied with the look and placed in my preheated oven under the broiler to brown the meringue - caution - if you use the broiler as I did, keep an eye on your cupcakes! You could even keep your oven door open and watch them, they'll brown so quickly in a preheated oven! Enjoy! 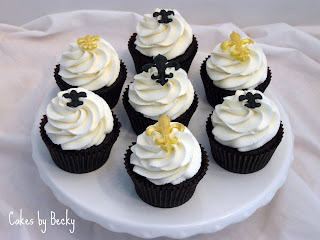 These were fun cupcakes to celebrate a friend's upcoming move to New Orleans! Chocolate espresso with vanilla buttercream and red velvet with cream cheese frosting (not pictured). Gum paste fleur de lis symbols were perfect in black and gold :)
Posted by Becky at 11:02 PM No comments:

When I received the request for these cupcakes (and the theme) I was excited, but also thought, "Hmm...now how am I going to say all that in cupcake form?!" A sister wanted cupcakes to 1) celebrate her sister's graduation from ECU 2) announce elopement with her boyfriend and 3) give a nod to the fact that they'd be soon moving overseas (whew!) That's a lot to say with cupcakes! I stuck with the pirate theme (since she graduated an ECU Pirate) and went from there! The cupcakes were red velvet with cream cheese frosting, lemon with light lemon cream cheese frosting and vanilla buttermilk with chocolate frosting.
Posted by Becky at 10:59 PM 2 comments: 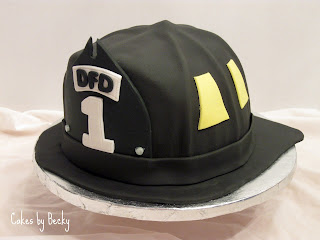 A fun request for the crew at Durham Fire Station 1! Vanilla buttermilk cake with vanilla buttercream filling, covered in fondant with all fondant details decorated just like one of their helmets!
Posted by Becky at 10:52 PM No comments: 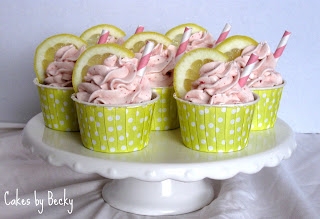 These were a fun flavor combination I've attempted before, only this time I used Swiss Meringue instead of American buttercream and pumped up the style factor for a bit more fun! Light lemon cupcakes with strawberry swiss meringue buttercream, a slice of lemon and striped paper straw present a perfect form of cupcake refreshment! :)
Posted by Becky at 10:47 PM No comments: 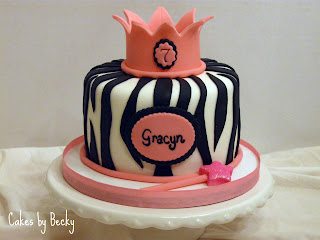 Fun little cake to celebrate a special Princess' 7th Birthday! Chocolate cake with vanilla buttercream filling, covered in fondant with fondant/gum paste details. Loved making the crown and sceptre for this regal little cake :)
Posted by Becky at 9:27 AM 2 comments: 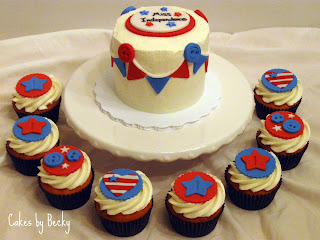 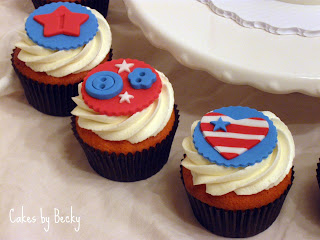 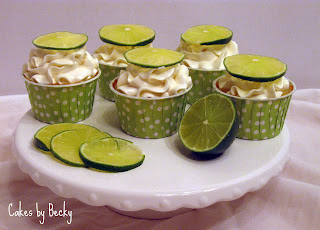 It has been HOT around here. Quite so. So much so, that I thought it called for a nice cool, refreshing cupcake. (When CAN'T a cupcake fix a problem really?!) After picking up a bag of limes at the store, I knew just what to do! ;)

Preheat oven to 350˚ F.  Line cupcake pans with paper liners. In a medium bowl, sift together the cake flour, baking powder and salt. Whisk together the milk and egg whites in another bowl. Put the sugar and lime zest in a mixer bowl and rub them together with your fingers until the sugar is moist and fragrant. Add the butter and with the paddle attachment beat at medium speed with a stand mixer until ingredients are light and fluffy. Beat in the extract and lime juice, then add one third of the flour mixture, still beating on medium speed. Mix in half of the milk-egg mixture, then beat in half of the remaining dry ingredients until incorporated. Add the rest of the milk and eggs, mixing until the batter is well mixed, then add the last of the dry ingredients. Continue beating the mixture for another few minutes to ensure that the batter is thoroughly mixed and well aerated. Divide the batter evenly between the prepared liners, filling each about ¾ full. Bake for 18-22 minutes, or until the cupcakes are well risen and springy to the touch and a toothpick inserted in the center comes out clean.  Allow to cool in the pans for a few minutes, and then transfer the cupcakes to a wire rack to cool completely.

While cupcakes are cooling, prepare the swiss meringue. Add egg whites and sugar to standing mixer bowl, and simmer over a pot of water (not boiling), whisking constantly, until temperature reaches 160 degrees F, or if you don’t have a candy thermometer, until the sugar has completely dissolved and the egg whites are hot. With whisk attachment of mixer, begin to whip until the mixture is thick, glossy, and cool. Switch over to paddle attachment and, while mixing on medium speed continously, add softened butter in chunks until incorporated, and mix until it has reached a silky smooth texture (if curdles, keep mixing and it will come back to smooth). Add key lime flavoring and salt, mix well.

Fill a piping bag with a fitted tip. Pipe on the buttercream on top of cooled cupcakes. Garnish with lime slices and enjoy! :) 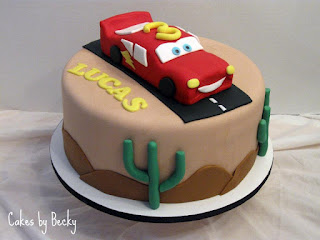 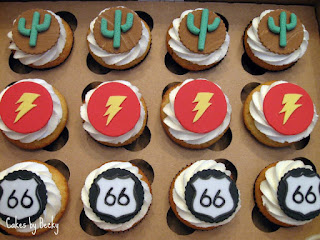 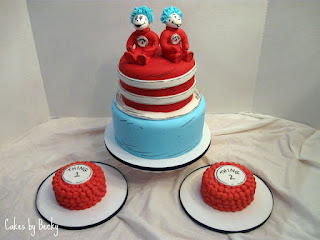 A Little About Me

Some of my favorite memories of growing up include ones where my Mom let me play around with her Wilton tips and an icing bag - I remember making rows and rows of stars on wax paper. Now a little older (!) and a mother of two, I still love making and decorating cakes! I've created this blog to chronicle my adventures as I tackle new challenges in my favorite past-time! :o) If you'd like to get in touch with me, you can do so via email at: 4pendergrafts@gmail.com 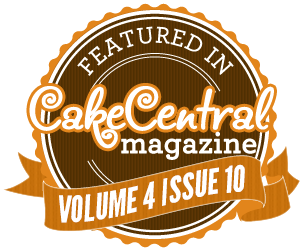 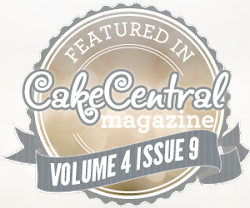 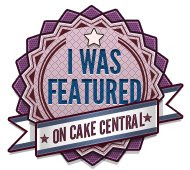 As Featured on Cupcakes Take The Cake

This is a Flickr badge showing public photos and videos from ButRCream. Make your own badge here.